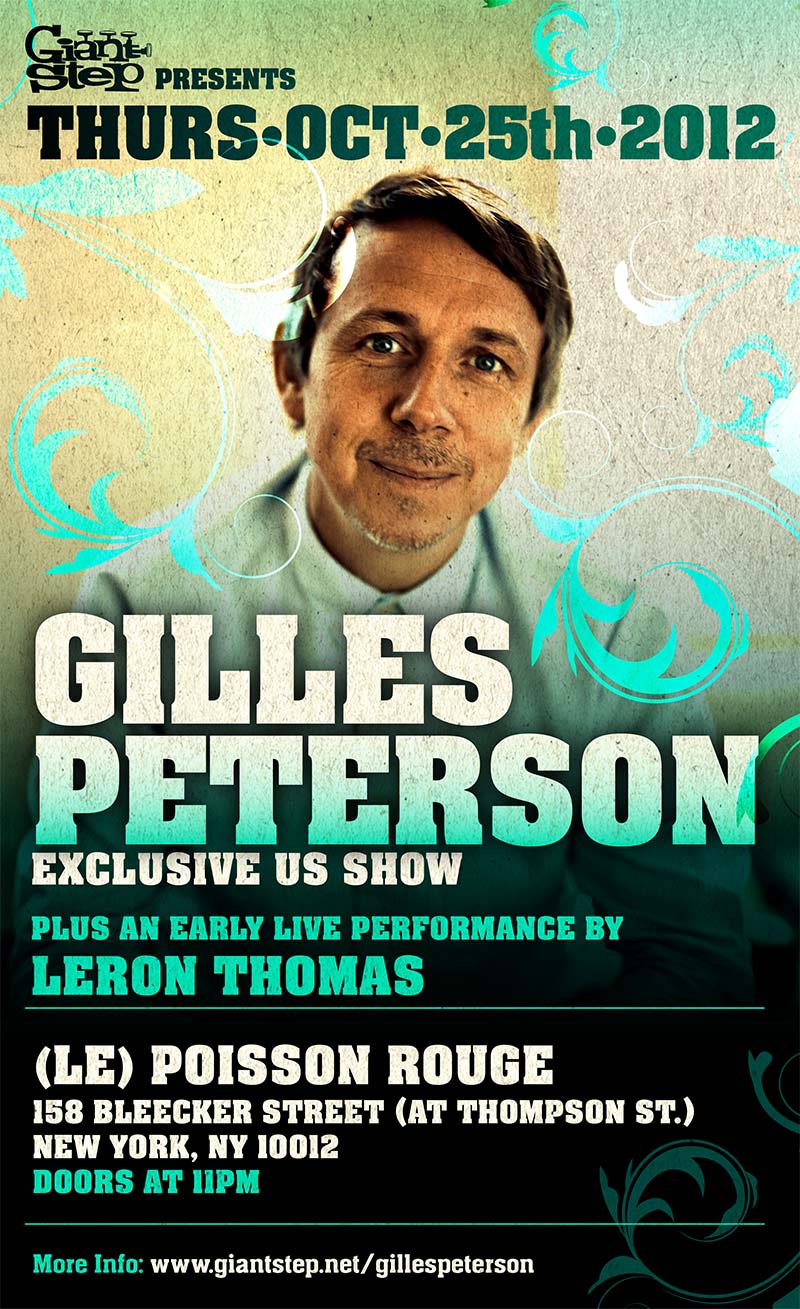 Legendary tastemaker, BBC Radio host and record label owner, Gilles Peterson is first and foremost a consummate record collector and dj. His far-reaching tastes have taken him all over the world, and made him a household name in quite a bit of it. On Thursday, October 25, he will be making his (annual, if we're lucky) NYC appearance at our very own, the longtime home of I Love Vinyl, Le Poisson Rouge. We have a lot of respect for the guy, and he is a friend of, and has played host on his radio show to, at least a couple of the Dream Team djs, who are themselves music makers and purveyors. So we can recommend this event without hesitation.

And we are pleased to be able to offer you a pair of tickets to the event, courtesy of our friends at Giant Step, who has been putting on great parties in NYC since the early 90s that influenced some of us as DJs growing up here. So it's all in the family!

To win a pair of tickets, tweet a link to this post, tag it #gilleslovesvinyl (he does), and tell us why you should win! (or just click here and we'll help you out!) flattery never hurt either... : )

See here for more info about Gilles and the event. And check out this video with ?uestlove paying tribute to Gilles.