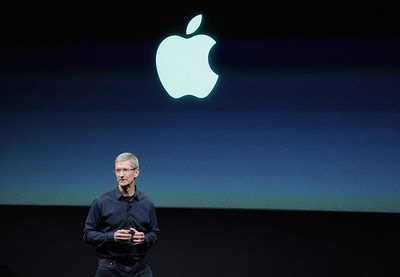 By AP, CALIFORNIA -- In a move that sent seismic shockwaves from Cupertino, California, throughout the digitized world, Apple, now under the direction of Steve Jobs' replacement Tim Cook, announced today that the newest model in their revolutionary series of mobile phones, the iPhone 4S, would be fully analog. Inspired by legacy technologies, like the Edison cylinder, and a growing movement toward the simpler, more tactile, controls of the technological devices that Apple enthusiasts grew up on, the new iPhone will use archival quality polyvinyl chloride, or "vinyl" discs, with diamond-inscribed spiral grooves, as a storage medium, replacing the outdated solid-state silicon memory, which has been prone to a loss in sound quality, causing Apple to recall hundreds of thousands of iPhone 4's last year, and a dangerous increase in Otolaryngology emergency room visits since the introduction of Apple's first iPod, according to the New England Journal of Medicine (http://www.nejm.org/doi/full/10.1056/NEJMc070260). And in a characteristic groundbreaking technological leap, these memory discs will double as the control surfaces for the device, requiring a light touch of fingers, an elbows, a chin, or virtually any other body part, to scroll at variable speeds backwards and forwards through the data, visibly and audibly.

In a surprise move away from the now-ubiquitous earbuds, the user will utilize "over-the-ear" headphones on one ear to listen, and a professional-quality microphone to speak (iPhone 4S tip #1: in situations where a microphone is not available, the headphones will, cleverly, work in reverse as a makeshift microphone). Both will plug easily into a new group of iPhone 4S accessory devices, called "mixers", which are currently in production, and timed to hit the market in conjunction with the iPhone 4S release this month. Attuned to the the growing demand for a return to quality audio, these mixers, like the iPhone 4S itself, will provide the user with high-fidelity sound reproduction, and sophisticated control, not only of the volume of the audio, but also of the bass, treble, and mid-range, and add an array of special effects, from echoes to artificial reverberation.

As we have come to expect from Apple, the iPhone 4S's pioneering interchangeable memory disc system design will encourage myriad collaboration with developers, from large media companies to individuals. Unlike previous iPhone models, however, this one is completely open source, and will play any memory disc, from any producer, without the need to be "jailbroken" (except for antiquated prototypes that were recorded to spin at 78rpms). Discs will come predominantly in standardized 7",10", and 12" sizes, to suit a range of memory and portability needs.

Other notable new features include an instant (ie, no boot-up/down time) on/off swich; vibration-isolating "feet"; and a built-in, removable, and transparent dust cover. 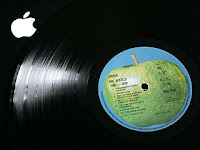 Photos from the last party on Kirillwashere.com